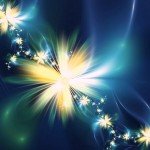 I want to thank Jason, and everyone at the Monastery again for welcoming me with such openness. I’m still amazed that I was granted this opportunity to see shining examples of the teachings of A Course in Miracles, and for the first time in a long while, I do not feel alone.

Part of me wanted to stay longer, but beneath that desire was the thought that I would be doing so for the wrong reason; as a way to avoid my problems. The stronger feeling was, and is, that my travels will continue.

Before I left, Jason asked if I had had any insights. What I’m about to share was not yet clear at that time; only on the drive away did it coalesce.

That morning, several lines from a Vance Joy song kept running through my head, “I never should have told you, never should have let you see inside. Don’t want it troubling your mind, won’t you let it be?” This confused me as I could not think of anything that I had said that I felt regret for.

Eventually, the phrase, “don’t want it troubling your mind” stood out. This reminded me that the most prominent fear I had in coming to the Monastery was that I would somehow interfere with its residents’ peace of mind, simply by my presence alone. This belief that I could negatively affect other people’s state of mind has been with me for many years, and has colored many of my past experiences and relationships.

This fear left my awareness soon after I arrived. On the drive away it rose again, but I remembered David saying in one of his videos that minds cannot attack. I cried and laughed, and now feel as if the belief is being (has been?) released.

There are other things that happened that felt important, but I can’t think of them right now.

A Letter of GratitudeQuantum Love: Breaking My Heart Wide Open!