About This Joining Thing 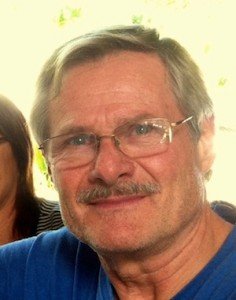 We just had a five-hour expression session here at the Extension Center, including a call with Armelle. What was coming up for me was my grievance against Colin. I often felt irritation at his lengthy emotional expressions. Today his loud train of words directed at me seemed definitely “off” and I felt angry. I said I saw him being dominating and controlling, that he was motivated by the desire to always be right, that he seemed to relish jumping on someone and taking bone-cutting shears to their chests, making them wrong in the feeling department and then “fixing” them. He replied with something and I really got into it, with strong, direct language, using the f-word and hand gestures for emphasis.

Whew, some time needed to calm my racing heart.

Then loving wise counsel came from my “mighties”: I’m OK; I didn’t do anything wrong. Jutta pointed out that I was seeing myself as a victim. This time I could feel the “victim” word as nonjudgmental, as lovingly intended. I stopped defending what I didn’t want to defend anyway. Yes, I was defensive. Yes, I was clearly seeing myself as a victim of something outside of myself rather than seeing it in my mind, where it really was. I must be wrong in how I saw my brother Colin. He might well be lovingly motivated. I had been projecting my belief that God hated me, that I was forever unworthy of his Love, that I wanted to control and defend my little shred of a life. But I didn’t pop through the veil. I still felt fearful, suspicious that love was appearing in Colin-form, not willing to surrender 100% emotionally, not willing to let him be right and me be wrong. But I do want to keep going deeper. I want the peace of God.

I had a great breakthrough with Colin yesterday morning. He woke us all up at 4:00AM for an expression session. I had a fleeting thought that this might be the opportunity I had been praying for. We had a long expression session. The others left at some point and Colin and I kept at it energetically until 9:00. This time I was willing to go deep into my “secret” thoughts while being completely authentic, and by the end we were openly laughing and completely trusting each other.

Afterwards, I don’t remember the words; it wasn’t about them. I just know I felt like a changed man. I was happy all day, especially while food shopping with Colin in the afternoon. It was an easy, moment-to-moment thing, both playful and mutually helpful. In the evening all our group could handle was watching some stand-up comedy. I wanted the laughter to last all night; the day was coming to a close and I might not feel the same happy presence next morning.

But here I am. Yes, I experienced a first-thing effort to break through the morning brain cloud. But, as I said, here I am. Colin came into the gathering room while I was meditating and accidentally bumped my knee. One look in his smiling eyes and I was reconnected with the Self. A little later I had the wonderful realization that my feeling joyful wasn’t simply about loving Colin the person. The forgiveness included seeing his innocence and experiencing my own. It was like being in the holiest of all the spots on earth.

I now see that this is exactly what Jesus is talking about in The Branching of the Road—forgiving a brother is the way to lift the whole freakin’ veil!

“And so you and your brother stand, here in this holy place, before the veil of sin that hangs between you and the face of Christ. Let it be lifted! Raise it together with your brother, for it is but a veil that stands between you. Either you or your brother alone will see it as a solid block, nor realize how thin the drapery that separates you now. Yet it is almost over in your awareness, and peace has reached you even here, before the veil. Think what will happen after. The Love of Christ will light your face, and shine from it into a darkened world that needs the light. And from this holy place He will return with you, not leaving it nor you. You will become His messenger, returning Him unto Himself.” A Course in Miracles, T-22.IV.3

In a Hug Nothing Changed – Except EverythingConcepts! A Hindrance or Help?